[Werbung / Ad*] Mrs. Rona made the world hold its breath and was even noticeable in the little world of nail polishes. With delayed releases and long shipping times I suddenly didn’t have a new collection to swatch every (other) week.
My nail polish collection is rather large and through various declutters the last few months I have somewhat forgotten what I actually own – that’s how my Polishes from A to Z series was born.

If the name of the series doesn’t give it away my goal here is basically to use a polish starting with every letter of the alphabet and refamiliarize myself with what I own. Part 2 should be up in roughly 2 – 3 weeks, but if you are interested you can always follow along in real time on Instagram, or even join yourself! #polishesfromAtoZ
I am sure others have done similar things before me and I don’t want to even pretend that this is a unique idea.

*some polishes in this blog post are pr samples*

Awesome nerds by Live Love polish is what really kicked off this series for me. I had completely forgotten about this beautiful shade from the Pitch Perfect 3 collection. I’d describe it as a „glowy“ red with a warm shimmer effect, which takes two thin coats for full coverage. It also dries to a velvety matte finish. The Live Love Polish brush is a little thin, but the formulation works perfectly with it.
The photo is taken with topcoat.

Not gonna lie, I was half tempted to use the Zoya Pixiedust formula on every letter I owned one for, they are just that amazing. This fresh blue with golden shimmer from the summer 2016 Seashells collection is no exception. It has a rather thin formula for a „sandy“ polish and requires three coats for full coverage. Despite the matte finish, the sparkle is unreal.
The photo is without topcoat, but I uploaded a photo to Instagram with two coats of TC for a smooth finish.

Another really, really old polish in my stash that the polishes from a to z series brought up. This models own polish smells delightful like coconut liquor, which is probably the only nice thing I can say about it. I remember buying this in Munich at Forever 21 around 2013/2014 during the early days of my blog. This is probably the worst off white shade I have ever used. I needed three coats for an opaque result, which is suboptimal with a formula that is thin and runny, doesn’t self-level, and dries incredibly slow. The brush didn’t do much to help either with its square-cut, extremely long bristles.
I once again added topcoat and will certainly declutter this shade.

This olive green shade by colour alike is a true Instagram favorite, which had quite a bit of hype surrounding it maybe two years ago.
The scattered holo itself is nothing special, but in combination with the base color of the polish, it turns rather golden and warm.
I applied two coats for opacity, which were smooth and effortless.

This is one of the newer Zoya releases, so let’s talk about their brushes some more. Ever since I started swatching for them in 2016 they had a skinny round brush. I think they then changed that skinny brush and started offering replacement brushes, called Z-wide brush. Personally, I feel like this concept is wasteful.
Back to Eleni, the perfect light aqua shade. It’s opaque in two coats and applies nicely with the wide brush.

Fresh by Picture Polish is a collaboration shade with @regina_arg. The creamy formula is opaque in three coats. It had great potential to be an amazing polish – it’s bright, it’s bold, it’s fun – but application could be a bit easier. The almost neon base battles the holo shimmer, which doesn’t stand out all that much.

Gobble Till You Wobble*

I seem to have a soft spot for fall polishes, which Gobble till you wobble by Different Dimension certainly is. There are hologlitters, bronze glitters and red-golden flakes. It takes three coats to achieve an incredibly faceted polish that reminds of embers or autumn leaves.
I added topcoat and loved every second wearing it.

Another finish I ADORE is the Live Love Polish glitter holos. I used two coats for an incredibly sparkly, opaque finish. Personal opinion: The formula is nicer with topcoat.

Il etait un vernis went out of business a couple of years ago. Their polishes usually were on the more mainstream side, but this one is unique and a banger! It can be worn as a topper or somewhat opaque in three coats. I went for the latter and love the look the black and silver glitters give.

Those Glisten & Glow polishes smell, that’s the first thing I notice when using them. It’s a beautiful fresh neon green with good application and even better coverage. Sadly, it isn’t very self-leveling. Two coats would be enough for opacity. It was a failure to try to even it out with a third coat, so don’t do that. Just go for a gel formula topcoat.

Is it blue? is it purple? It’s such a dark saturated shade, that you can’t really tell. The nails inc polish is opaque in one coat and despite the pigmentation no struggle at all in clean up or at removal. Personally, I prefer a more voluminous look, so I went with a second coat anyway.

This is one of the first polishes I have ever gotten by ANNY and a stable in their collection. It’s opaque in two coats and just fine. It doesn’t self-level very well, but no complaints otherwise.
I haven’t used that one in years and this is why I wanted to do the Polishes from A – Z series.

I want to love this polish by Cadilacquer so much, but there is just something between my imaginary version and the real deal that doesn’t match.
On my photos it looks how I love it, vibrant and bright. In real life I usually think it’s a bit too muted and I’d love a bit more of the pink hexglitters. I applied three coats.

And here we are, those are the first 13 polishes from a to z in my stash. 🙂
I will soon follow up with the rest. 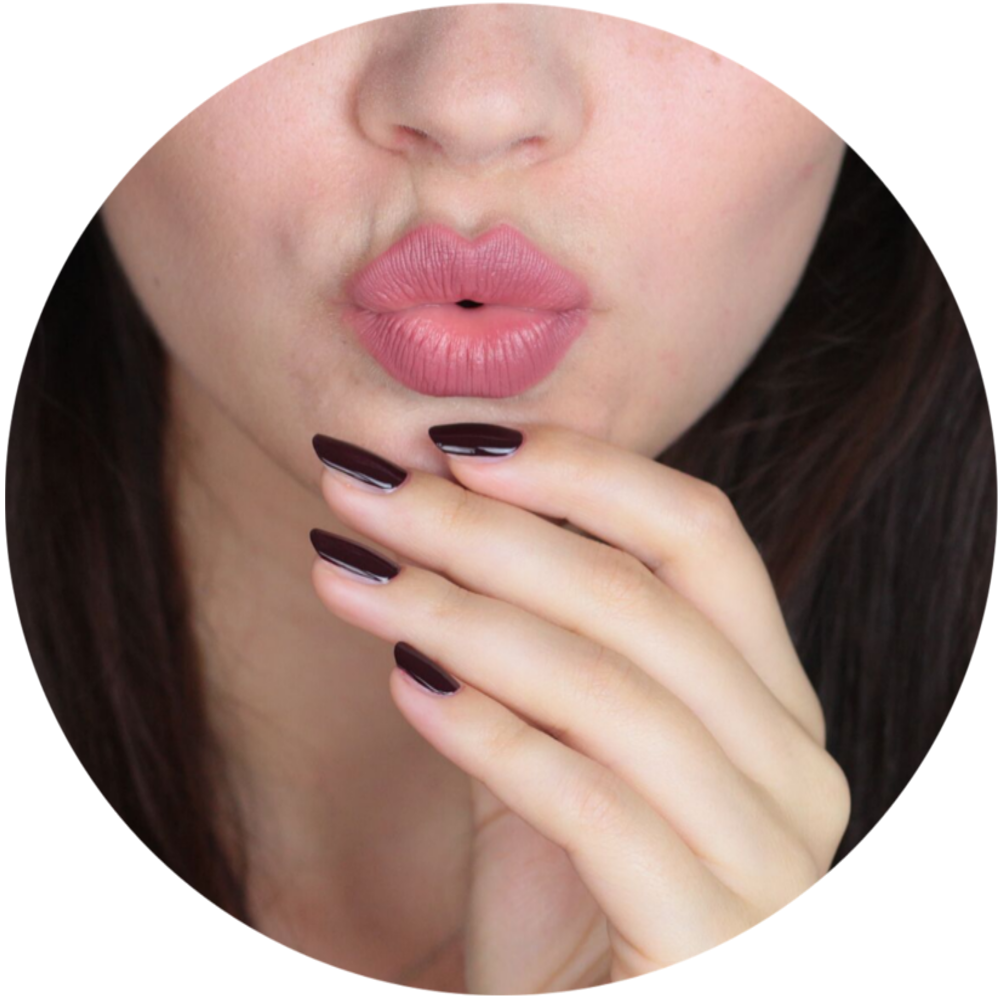